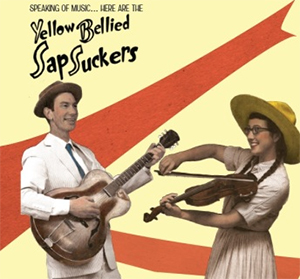 The aforementioned Yellow-Bellied Sapsuckers are a charming, and frankly adorable, duo that performs both original and traditional old-time fiddle tunes with tight harmonies, while bringing a light musical touch and a great sense of humor. The are involved in other musical projects in the Viroqua-area, including the Pie City Ramblers and the Kickapoo Barn Dance radio show on WDRT. They will be performing in Winona for Mid West Music Fest in the front room of Broken World Records on Saturday, April 26th, 2014 at 6pm.