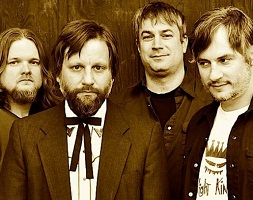 The Shot to Hell song featured in this episode is the first track off their 2011 album Somehow Forever. The group has been on and off for over a decade now and is currently busy wrapping up production on a new album, which will hopefully be out in time for the band’s gig opening up for Austin country act Wanye “The Train” Hancock at the Cavalier Theater in La Crosse on June 13, 2014.

As Jason Crider of the Second Supper wrote, “[The band blends] rock and roll bluntness with country twang and a no-holds-barred punk rock delivery; depicting some very dark subject matter in an indirect and sometimes lighthearted way.”

Tippler
“Where Do They Go”
Digital Single
Independent
2013