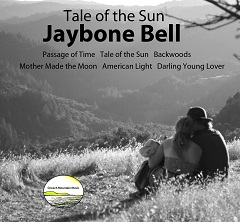 While I try my best to “spread the love around” with this program, Winona singer-songwriter Jaybone Bell released his debut solo album, Tale of the Sun, less than a week after I last featured his band in episode #19. So, due to poor timing on my part, I am once again spotlighting one of the more prolific acts in the Winona area. Tale of the Sun is an intricate and stripped down take on his Americana sound. The extra breathing room showcases the beguiling gravitas of Jaybone and Amber Grace’s dueling co-ed vocals.

Run at the Dog
“The Living Are Restless”
Scutigera, Yeah!
Independent
2010